The art of translating plausible futures

You don't know a science completely until you know its history.

Novlanguage, translated from English "Newspeak" is the official language of the country Oceania in which George Orwell's science fiction work 1984 published in 1949 takes place. This language is an extreme simplification of the lexicon and the syntax of the language whose goal is to make impossible the expression and the emergence of subversive or critical ideas about the State. The term novlanguage has now emancipated itself from the dystopia in which it came into use to designate an agreed and rigid language intended to distort reality in the media or even in certain activist circles.

The vocabulary of science fiction constitutes the foundations of plausible worlds into which writers of this narrative genre invite us. This imaginary vocabulary, which constitutes a futuristic lexicon, is part of the reader's own set: his or her xenoencyclopedia. A xenoencyclopedia corresponds to the cultural, linguistic, artistic or scientific background allowing a reader to approach a science fiction text. The reader's xenoencyclopedia allows him or her to project and experience the imaginary worlds proposed to him or her on the basis of what is known, rational, logical, and real.

How are terms from science fiction translated in order to best enable their transposition from the English-speaking cultural sphere of an author to that of a French-speaking reader. What are the methods and tools of translators that allow a common xenoencyclopedia between languages and remain as close as possible to the desires and imaginations of writers?

This is what Alice Ray seeks to discover in her dissertation entitled "Translating Terms of the Future: An Analysis of the Treatment of Fictional Terms in the Translation of Science Fiction Literature from English to French".

Alice Ray offers readers a comprehensive and clear work in which academic sources and literary references are wonderfully intertwined. A rigorous formatting of the text highlights all the quotations and offers a sense of discussion between the author and her sources.

These numerous references from science fiction illustrate the different concepts and arguments developed and reduce the distance between the readers and the set of themes, concepts and arguments posed. Thus, the author invites us to discover or rediscover this literary style, but above all to understand in a profound way the linguistic and sociological issues hidden in the stylistic and semantic mechanics of this genre.

"All languages are made up of words: they are one of the main tools of any conscious act of communication - whether oral or written: 'one cannot imagine a human society without communication, without language'. Words reflect in part our societies, our ways of thinking and they can say a lot about the speaker who uses them. They also carry stories and history, as they witness our evolutions, disappearing and being born with them.

Every year, new terms enter our dictionaries, describing realities that did not yet exist or that have transformed, and others disappear, now unused. This lexical coming and going is essential to any language, because it is the tangible proof that a language lives and adapts to the new realities of human societies:

"Neology is consequently of central importance for modernizing societies, whose languages must be dynamic and flexible enough to permit new customs, concepts, and objects to become part of collective experience."

Neologisms are therefore inseparable from terminological studies, often crossed by lexicologists, and a great deal of research is devoted to them. Moreover, words also have the magical power, a "certain power," to share the human imagination.

Used to narrate stories, they can evoke emotions and conjure up unreal and fantastical images in the human mind. Phrases such as "Once upon a time there was a dragon" or "In a hole lived a hobbit," which state wonderfully non-factual ideas, may be one of the bizarrely circuitous ways in which these fantastical human beings may one day reach the truth. Thus, words are the raw material of the writer, and thus also of the science fiction writer.

The science fiction (SF) genre is an essential, if not inseparable, part of popular culture today. It has built - and continues to build - our modern imagination: when it comes to generalized surveillance and censorship, 1984 comes to mind. Who doesn't think of Jurassic Park when the subject of dinosaurs comes up? As for artificial intelligence, a field of public knowledge today, the HAL 9000 computer from The Space Odyssey still haunts our thoughts.

Science fiction has transformed our imagination, but also our way of apprehending science, technology, our environment and ourselves: science fiction, when it uses in novels the almost infinite repertoire of symbols and metaphors it has at its disposal, when it places the subject at the center, can make us appear who we are, where we are, and the choices that are offered to us, with an unsurpassable clarity, with an immense and troubling beauty.

This literary genre uses both the tools of the imagination and the scientific method to draw the reader out of his or her world and daily comfort in order to push the reader to better think and reflect. Science fiction may not evoke science, but it always invents complex, solid, tangible and above all believable worlds in their own internal logic, but also in the mind of the reader. Each invention, each new object of science fiction is potentially capable of existing. Now, it is here that the alchemy of words intervenes once again, because if science fiction likes to create new objects and new concepts to describe societies that could exist, only words are able to give life to these novelties:

The authors therefore invent new words that are supposed to reflect what our lexicon could become or what could have become, but also our world. Neologisms not only reflect the evolution of our societies, they can also reflect the imagined evolution of our societies, in the context of science fiction. Lexical creations in literature are not reserved to this literary genre; nevertheless, its particularities - the will to describe imaginary universes on solid and real foundations - give SF neologisms a unique character. In accordance with the very nature of the genre, science fiction novels must be rooted in linguistic foundations that are solid enough to ensure that the credibility of the fictional universe is not undermined and that the reader's suspension of disbelief remains intact.

In this context, the question of the translation of science fiction's invented words necessarily arises: does their translational treatment take into account their hybrid status? What are the linguistic procedures used by translators?"

Alice Ray's work shows that the translation of Science-Fiction lexical creations is similar to a semantic three-body problem between writer, translator and readers. Thus, the proposed translation relies on the delicate balance between various imposed constraints, including the respect of the authors' stylistic effects and the will to satisfy the reader by maintaining coherence as well as lexical credibility for the narrative thread and potential lexicon for the reader's language. Thus, within this tiny window of freedom, the effect of the proposed translation can transform the reader's experience to a greater or lesser extent.

Some of the data collected seem to objectively confirm the use of various translation effects, including equivalence and domestication effects.

The equivalence effect corresponds to the fact of proceeding with a translation that allows to provoke a similar reading experience between the English source text and the French target text. Thus, the translator proceeds with a similar creative strategy as the writer's proposed word-fiction.

The effect of domestication makes a term less exotic and more natural either by omission, creation, or even transformation in a short story form. The tendency to domesticate seems to be motivated by a fear of the reader's failure to understand the term that could lead to a breakdown in the narrative.

The War of the Worlds?

This thesis as a whole shows that translators participate through the choice of translation effects in the transposition or consolidation of the keystone of science fiction: the link between pseudo-history and its pseudo-science. This aspect of the translation of science-fiction lexicon allows the sharing of science-fictional concepts between the English-speaking and French-speaking worlds through the construction of a third world.

More and more terms from science-fiction are being transposed in the process of creating scientific or technical words. The methodology put in place and the results obtained by Alice Ray constitute a solid basis for understanding the creation of these neologisms inspired by the science-fictional lexicon.

The whole of her work highlights the complexity and the key role of the mission of translators of science fiction works. To quote the author: translating the terms of the future, yes, but with the constraints of the present world...

What about you? What science fiction terms do you use?

Alice Ray. Translating terms from the future: an analysis of the treatment of term-fiction in the translation of science fiction literature from English to French. Linguistics. University of Orleans, 2019. French. ⟨NNT: 2019ORLE3003⟩. ⟨tel-02973810⟩ 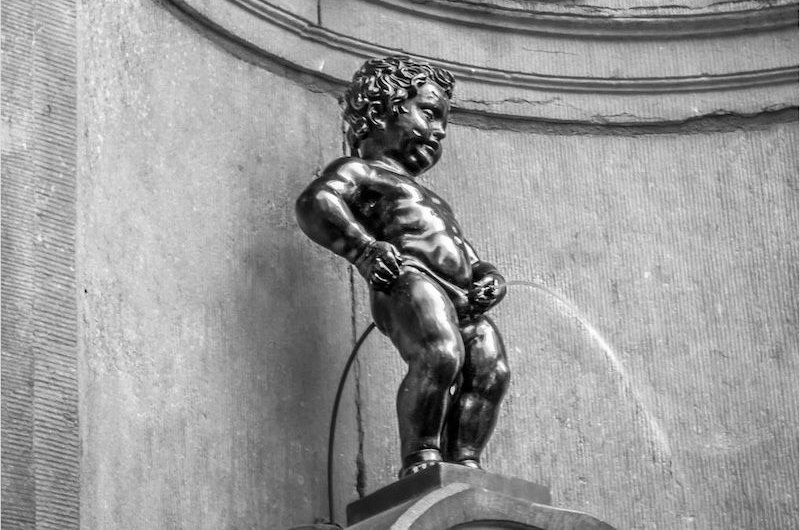 Go pee in the rhubarb [Thesis]

To metabolize our western cities in a different way, and put the food/excretion system back into a viable biogeochemical loop for the planet and its inhabitants. 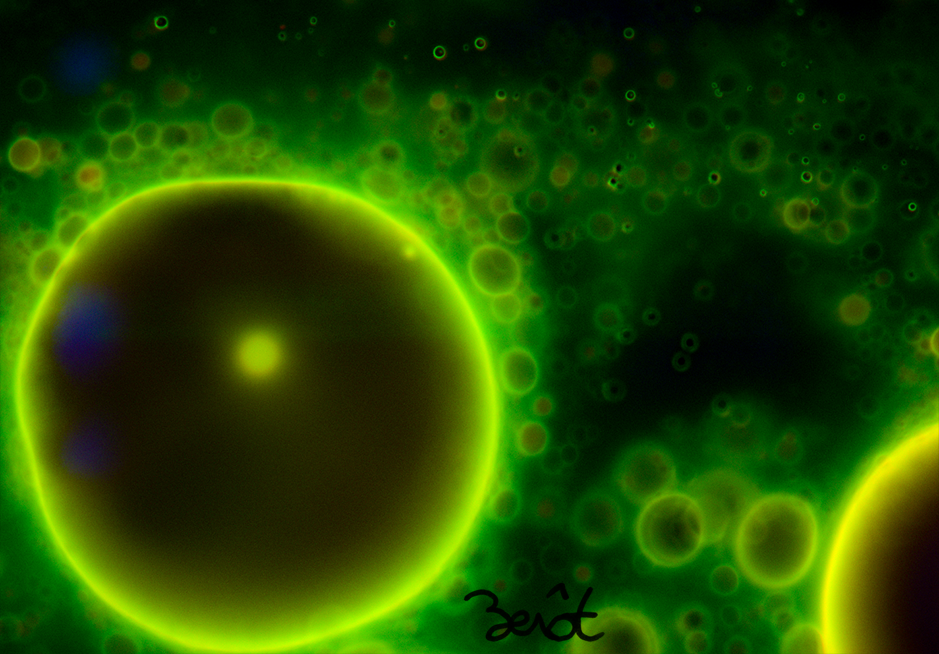 Everything small is aesthetic [Thesis].

Each year, the Nikon Small World Awards reward the best photomicrographs of the year and make us discover the splendor of life at the microscopic scale. Can this invisible world be the muse of artists? This is what Yan Jun Xu proposes to explore in his thesis "Microscopic Beauty in Contemporary Art". 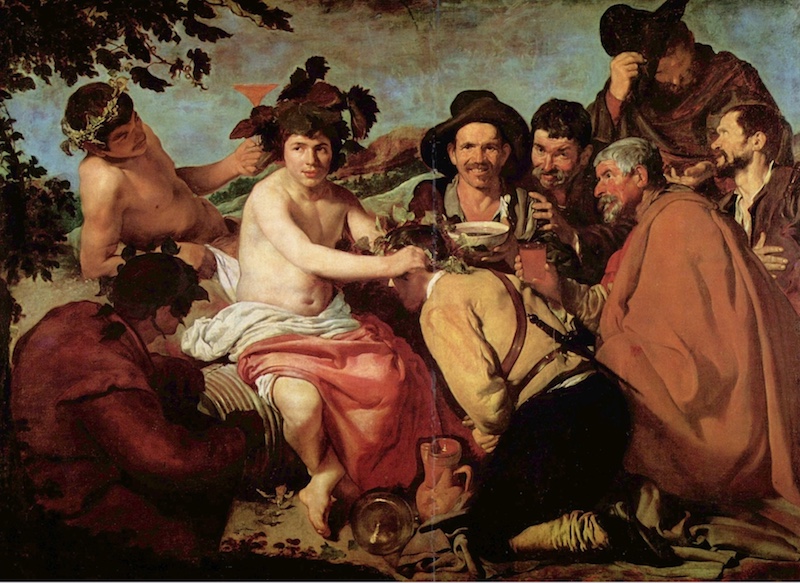 What are the characteristics of the bouquet of ageing, the complex aromatic bouquet specific to great old wines? Justine Laboyrie's thesis, published in part under the seal of confidentiality, proposes in the shared pages an aromatic and molecular journey behind the scenes of wine artists.

To start again from scratch, or to be in the state of mind of renewal, is to open one's capacity to dream and to desire for oneself a new world. How Europe reinvented itself in its post-war reconstruction (1939-1945), by setting up a critical and artistic restoration of its heritage works. 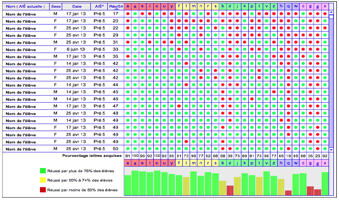 Success for all" in elementary school, within our reach - A real-life experience.

"Professional Learning Communities", we talk about them, we read about the benefits of such communities, but when it comes time to act, the comfort of the status quo often wins out except that, in this school, they didn't want the status quo anymore: they wanted kids who would get off to a better start in life, despite adverse starting conditions. Here's how they did it.