But what are they basing their predictions of A.I. fallout on?

Promises are not made by an artificial intelligence

In resource sharing, a certain proportion of what can be shared is invested in the future. For example, investing in education is an investment in the future of young people. Futures can be found in every field, and each discovery leads us to envision other futures, sometimes extrapolated to excess.

Artificial intelligence, which is very investment-intensive, has obviously developed a credible discourse to attract investment from both public and private sources. It is all very well to rely on basic research to boast about its capabilities, but in terms of the economic benefits that will respond to the investments made, the data and results mostly hold promises, more or less founded.

"Since the 2000s, connectionism has raised enthusiasm because of the performance of deep learning algorithms, the increased accessibility of large amounts of data and the increased computing power of computers," notes UQAM doctoral student Florence Lussier-Lejeune in science, technology and society. [

The promise economy relies on a powerful rhetorical device that makes it possible to attract attention, generate a horizon of expectations, and mobilize resources, particularly financial resources, in a highly competitive context.

"Consulting firms play an important role in making projections about the economic and social impact of AI, without always understanding the methodology on which they are based."

If we look at the history of biotechnology, genomics or nanotechnology and their promises, we see that their concrete achievements and effects are all in all modest compared to the promises made.

Then one wonders if the momentum around A.I. does not fall under the same human bias to bet on the future beyond rationality, be it artificial intelligence, cryptocurrencies, carbon capture technologies and many other technologies promised to a bright future.

Maybe an A.I. should look into this and try to temper our ardor, for its own sake and ours. 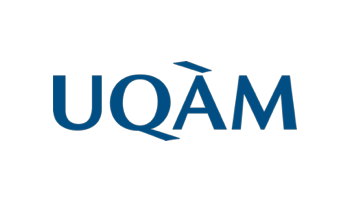