They are students in orthopedagogy at the University of Montreal who, in 1998, decided, within the framework of a training course in educational circle, to initiate the pupils in the fascinating world of Internet.

A reality their appeared, that which it was difficult to find a site dedicated to the subject. And, from there, their came the idea to create a specific site on the basic training to use Internet.

Initially, one needed that the site can be addressed to the young people of school level, to beginners as regards cyber-navigation and, in the second time, to serve the professors so that they have a simple but effective tool. The well defined goal, one did not have any more to act... And the ABC of the Net was born.

One has to travel in the history of Internet as through a large city. Then the most popular districts are visited: The Web, electronic mail, newsgroups, the cat and more still.

The site learns to us, then, in detail, the guiding principles and the functions which one finds in the navigator. Then how to carry out a research and so on.

What there is the pleasant one with this site, it is its simplicity of approach. The accustomed Net surfer can allow himself to visit it and carry out a revision of his skills like discovering tricks; but for the beginner, then there, the visit is worth the sorrow of it.

As for the professor, the ABC of the Internet enables him to find tricks, easy ways and even of the plays, in order to cause an interest.

The site did not cease evolving/moving since its birth, animated by Sylvain Bourdon, and always remains of topicality.

ABC of the Net 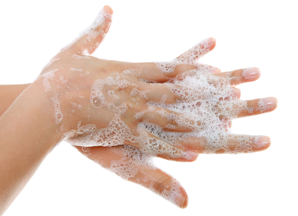 The chaudronneuse mouse - Course and references on thework of metal. More than 500 free courses