Ukrainian language in the fog

Ukrainian is not dead yet 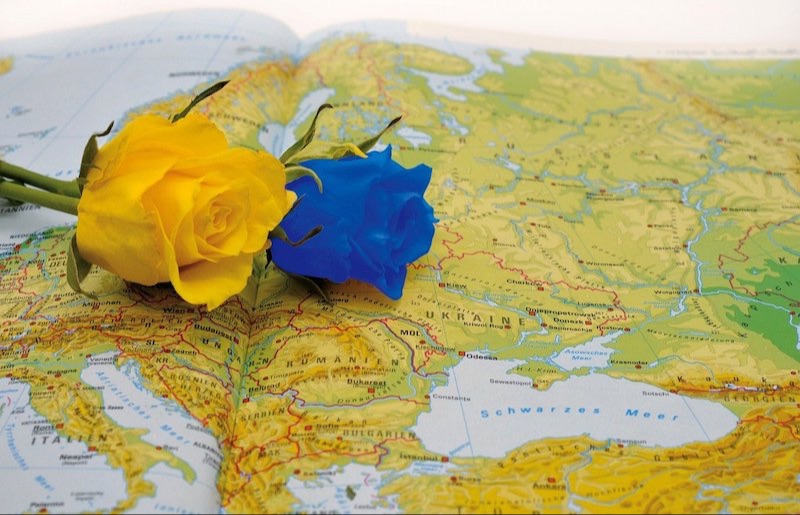 Thursday, February 24, 2022, marks a tragic date in world history: that of the Russian invasion of Ukraine. This Russian-Ukrainian conflict had already been brewing since November 2013 but finally escalated earlier this year. According to Margaret Atwood (Canadian novelist and author of the best-selling novel and TV series The Scarlet Handmaid), "War is what happens when language fails" and here, in this particularly fragile context of the Eastern Front, it would seem that this is what happened.

How do we find our way through this fog that has suddenly invaded the Ukrainian nation, forcing its people to uproot themselves, both geographically and culturally speaking? Let's take a stab at understanding the origin of these linguistic meanderings in which Ukraine and Russia are mired.

A bit of history

Actually the largest state in Europe by area, Ukraine was part of the former USSR until August 24, 1991. With a population of about 45 million, or 42 million without Crimea, which remains continuously disputed by the Russians, the country's official language is Ukrainian, but Russian, Hungarian and Romanian are also official regional languages, not to mention ten other minority languages that are also recognized.

Ukrainian is derived from the Indo-European language family and belongs to the eastern family of Slavic languages, along with Belarusian, Russian and Rusyn.

Appearing in the 13th century, the Ukrainian language was suddenly banned on July 18, 1863, by a decree of the Russian Minister of the Interior Pyotr Valuyev during a broad Russification policy on the part of the Russian Empire throughout its territory. In addition to this ban, the Ukrainian language was declared "non-existent". Belarusian will suffer the same fate. It was not until the end of the tsarist regime, around 1917, that the Imperial Academy of Sciences gave back to Ukrainian its status of independent language and recovered its status of official language of the People's Republic of Ukraine. Status that will last only two years, before the advent of the Ukrainian Soviet Socialist Republic, in 1919, where Russian resumes its status as the second official language in presence.

The Second World War continues to make life hard for the Ukrainian language. Indeed, during the German occupation, many speakers of this language disappeared and the simple fact of wanting to protect it became an anti-government act, because nationalistic. At the end of the global conflict, and although official, the Ukrainian language is gradually crushed by the Russian language, especially in professional and educational circles. Subject to political fluctuations, the Ukrainian language successively sees its road signs only in Russian (early 1980s), then bilingual (late 1980s), and then only in Ukrainian (early 1990s).

The fall of the USSR causes a cultural and linguistic stir for neo-Ukrainians, especially those residing in the eastern part of the country, close to present-day Russia. Since 1991, Ukrainian has regained its place as the official and only language, even if the Russian language is still understood by the majority of the population. It would even seem that in Kiev (or Kyiv according to the Ukrainian and not Russian spelling), even if advertisements, media and school are in Ukrainian, the common language remains Russian. A diglossia is thus blatant: two linguistic systems (languages, dialects, parlances) each with a different socio-political status are used at the same time. 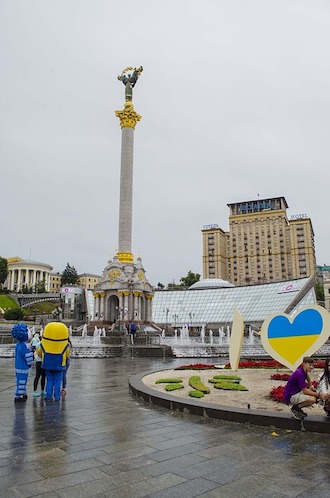 Therein lies the question: should one follow one's heart or one's head? This is one of the tragedies that is tearing the country apart. Long subjected to a policy of Russification, the Ukrainian people consider themselves in majority as ethnic Ukrainians. However, in Kyiv and the big cities, they generally speak more Russian and would be more reluctant to return to the language of their forefathers.

The ethnic aspect also comes into play: on the one hand, there are Ukrainians who speak only Russian, and on the other hand, there are Russians whose mother tongue is Ukrainian and for whom the Russian language is only a second language.

It should also be noted that for many of them, Ukrainian is a "rural" Russian language and to speak it would be to foster a form of discrimination prone to social prejudice.

But are these two languages really different? Although similar, there are many differences in the grammar, vocabulary, pronunciation and syntax of these two languages. While Ukrainians generally understand Russian well, the reverse is less true. In fact, Ukrainian is closer to Polish than to Russian. While both share the Cyrillic alphabet and have 62% of words in common, Ukrainian grammar is closer to that of European languages.

As things stand, then, the Ukrainian people are in a total fog. Certainly, Kyiv was the capital of the first draft of contemporary Russia, but since its independence in 1991, it seeks to regain its place in full autonomy from its red neighbor. And tomorrow, what will it be like?

Let's wish it to shine with its national anthem, screaming of its desire for freedom, this one entitled "Ще не вмерла України (Chtche ne vmerla Ukraïny)"Ukraine is not dead yet"...

Differences between Russian and Ukrainian, the Encyclopedia of Differences, https://www.10differences.org/fr/ukrainien-vs-russe/ 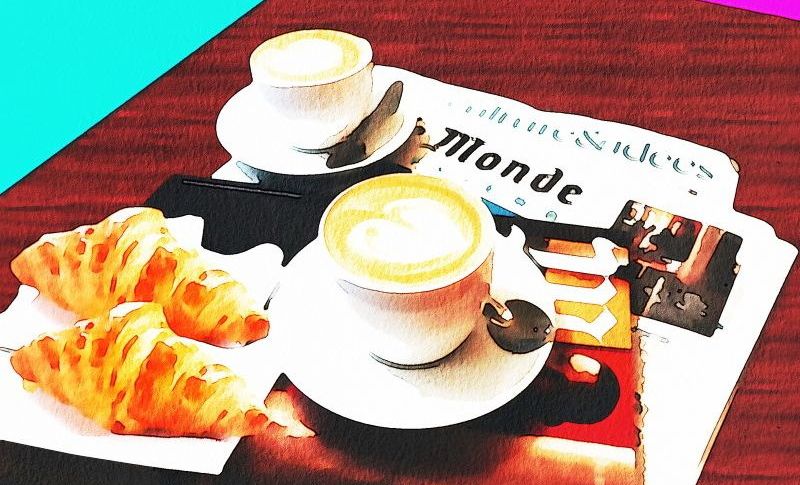 The assets of the school from elsewhere in the world

We know them, we see them in our homes, these schools from elsewhere. Most of them have even been established in our respective countries of origin for a long time, which means that we hardly feel that they are foreign any more. What are they like? What are their assets? 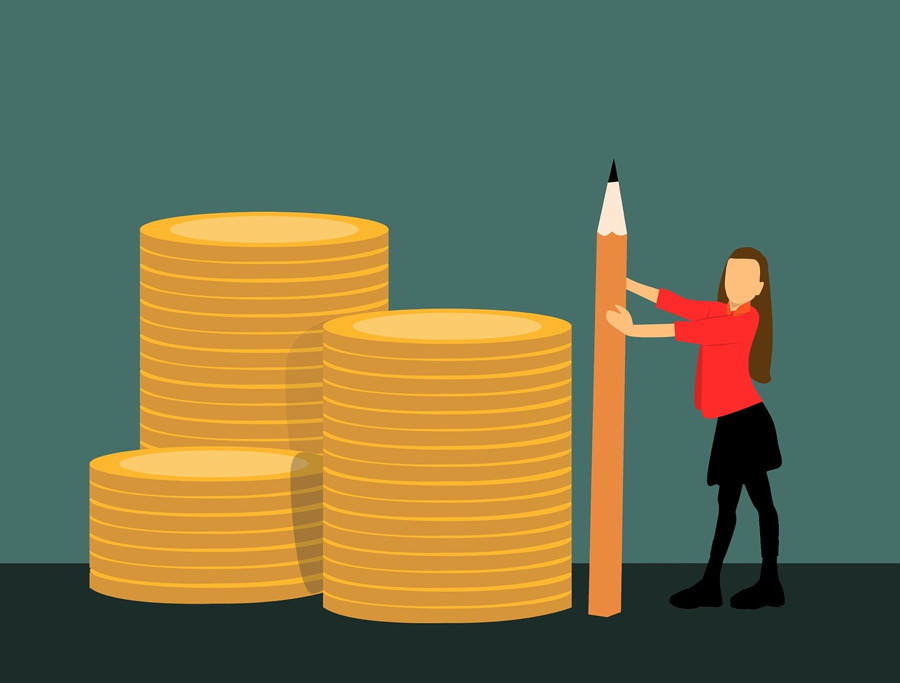 The value of investment funds for higher education

More and more investors are looking at private schools, particularly business schools. Indeed, whether as funders or even owners of institutions, funds are preparing their successors in the financial sector. With all the ethical questions that this raises... 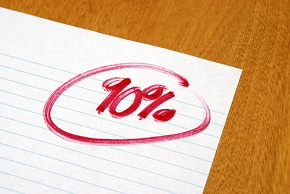 A debate that constantly recurs in the educational landscape: that of assessment by grades. As much loved as they are decried, grades always elicit intense reactions. While the Ministry of National Education in France has changed the evaluative approach for the start of the 2016 school year, the question still arises. Should the school system get rid of grades? If so, what to replace them with? 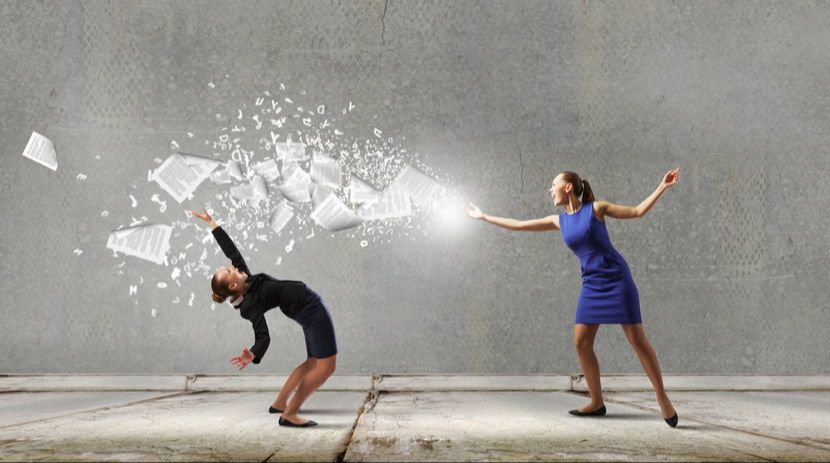 The art of verbal jousting

The art of convincing, the art of oratory engages the body, the words, and all the power of the human mind on all continents and in all times 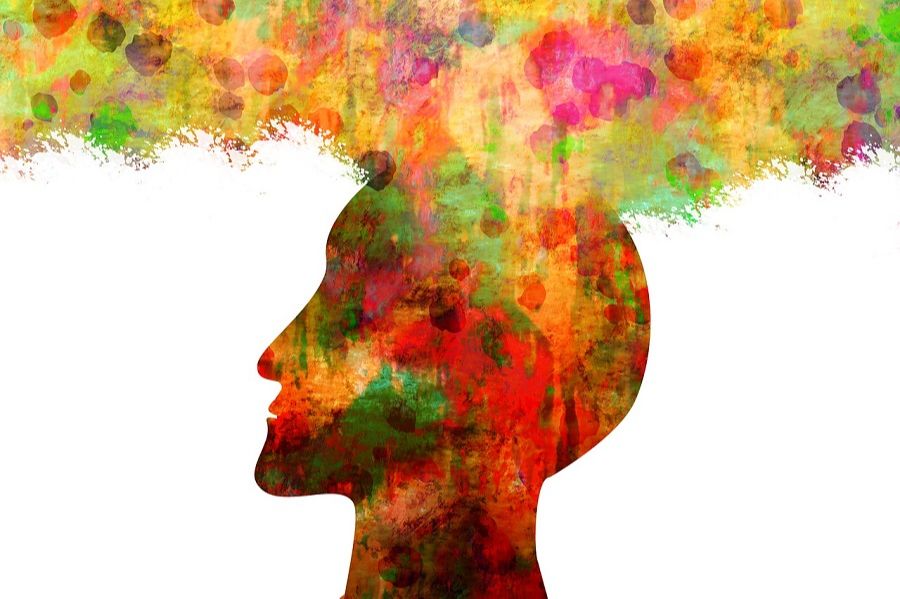 Philosophy against the ambient relativism

We live in a world of renewed philosophical relativism. On social networks, everyone says that his or her opinion is equivalent to those of others. This vision contributes to the polarization of the world. The solution lies in the revival of philosophical practices from the primary level.