What if the Smurfs spoke the language of mushrooms? 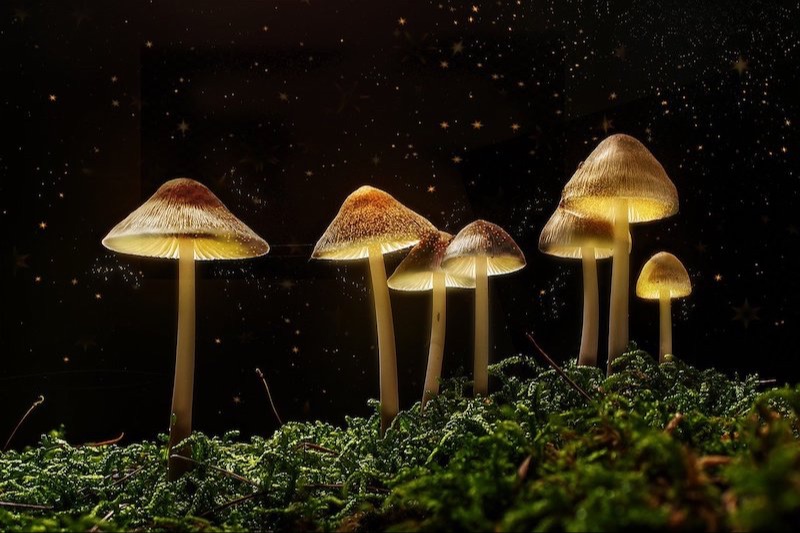 "Nature, which gave us only one organ for speech, gave us two for hearing, in order to teach us that we should listen more than speak."

This wise Turkish proverb reminds us that our hearing and language skills come to us from nature, and that the art of conversation only makes sense if you know how to listen before you speak. That said, did you know that nature also has its own means of communication? What if I told you that mushrooms had developed a way to talk to each other or that trees had developed self-awareness and sensitivity? Pure madness, intense rambling? Are we talking about the Smurfs here or what? Que nenni, good friend reader eager to discover, these facts are purely scientific!

You still doubt? So, put on some good walking shoes, get warm and above all... shh! Quiet, not another word, we're going for a walk in the forest, so lend your ear to these plants around us and listen carefully, they may have something to say!

Science without conscience is but the ruin of the soul

... said Rabelais (1483-1553), a French humanist writer of the Renaissance. But do plants, vegetables, trees have a soul? It would seem so! They are even very serious studies conducted by biologists from the Physics and Integrative Physiology of the Tree in a Fluctuating Environment (Piaf) laboratory at the University of Clermont Auvergne that say so!

According to these researchers, trees would be equipped with self-awareness, sensitivity and a form of intelligence. Well, okay, they don't talk. And if you think of the famous Ents dear to Tolkien, those majestic trees of the forests of Middle-earth, guided by their doyen Sylvebarbe, who spoke among themselves, we are still far from this fiction!

However, sylvotherapy, an ancestral practice used to rebalance the organism on a mental, emotional and physical level has been particularly popular in recent years. Man would seek to get closer to nature, but from there to be able to communicate with it, it is another matter. 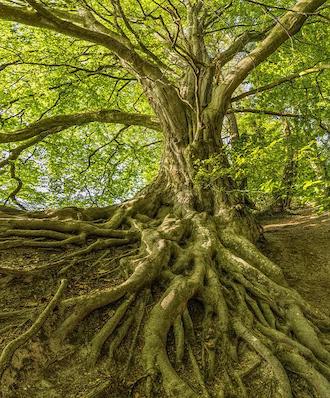 While we haven't yet found a way to converse with nature, it would seem that some plants may have developed a certain "language" system. Although seemingly far-fetched, this claim has been substantiated by British scientist Andrew Adamtzky who, through his various investigations with four species of fungi (the enoki, the split gill, the ghost and the caterpillar), was able to prove that communication was taking place between them through electrical activity.

Electrical? Yes, yes, electric, because as amazing as it may be, these organisms formed by a foot surmounted by a hat, generally growing in humid places, also possess the specificity of having microelectrodes in their roots!

Can we nevertheless speak of "language"? That would be a bit presumptuous. However, based on the amount of exchanges between these plants, the researcher tried to conduct a linguistic analysis that finally allowed him to highlight moments of peaks and troughs:"We found that the number and length of peaks follow the distribution and length of words in human exchanges." According to the researcher, this mushroom communication would be similar with linguistic elements specific to the English and Russian languages. Fifty patterns of peaks having been observed, he believes that the same is true for the number of "words" exchanged by mushrooms.

But what do other scientists, especially those specializing in mycology (the study of fungi) or fungal biology (that which has to do with fungi), have to say? As cautious men (and women!) of science, they issue limitations on these findings and the progress of this work: "Interpretation as language is being a little too enthusiastic" and "This study shows rhythmic patterns in electrical signals that are of a similar frequency to nutrient impulses" (Dan Bebber, a member of the Fungal Biology Research Committee at the British Mycological Society). Indeed, despite this work -serious and well-documented though it is- it is hard to argue that fungi chat happily with each other!

If, during your walks in the forest, you hear whispers coming from the mushrooms, perhaps you are witnessing a mycological conversation, unless, of course, it was some of the little blue beings with white caps that inhabit them that you were hearing!

Whatever the case, it's possible that just as animals communicate with each other to warn of danger or to exchange food, plants have established a language of their own among themselves. And unless Google Translate is developing the "mushroom" language on its translator's A.I., let's admit that humans just haven't figured it out yet... 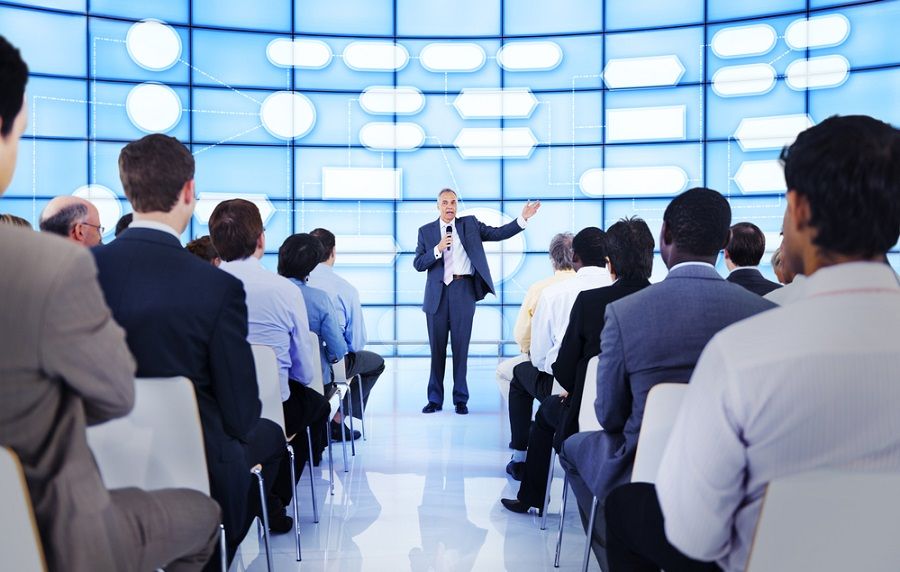 When asked, many people cite public speaking as one of their biggest fears. In fact, many renowned public speakers admit that they were once extremely anxious about speaking in front of groups. In this course, you will study methods that help to reduce anxiety, build confidence, and customize a process that will result in successful speaking experiences.

SnatchBot - A great conversational agent for the classroom

SnatchBot is a platform that eliminates the complexity of creating a chatbot, a virtual agent that simulates a sequence of conversational interactions anticipated by its creator. The use of these chatbots in education offers a vast potential of possibilities both to assist teachers and to accompany students thanks to a deep scripting capacity. 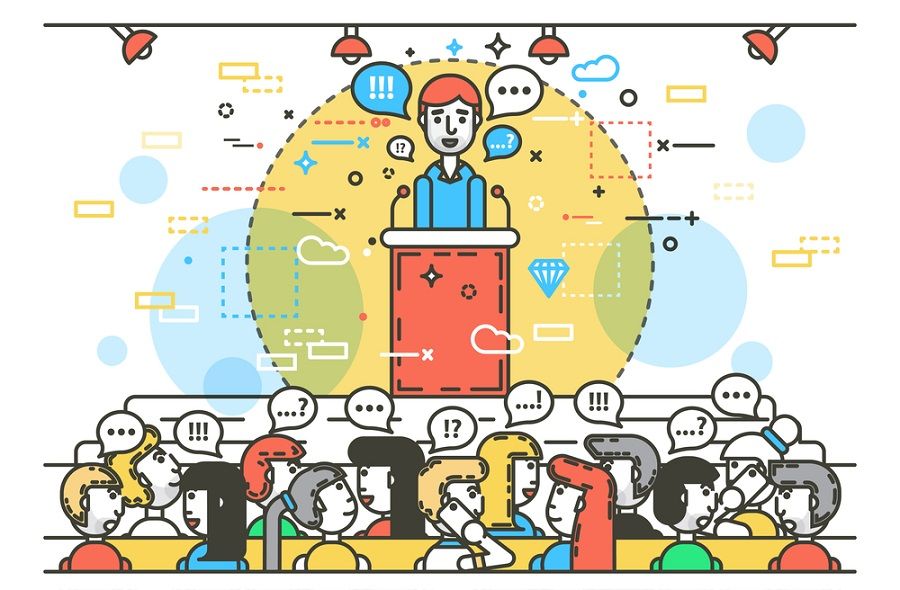 Rhetoric: The Art of Persuasive Writing and Public Speaking

We are living in a contentious time in history. Fundamental disagreements on critical policy, economic, and political issues make it essential to learn how to compose an effectiveargument and to analyze the arguments of others. This course is an introduction to the theory and practice of rhetoric, the art of persuasive writing and speech. 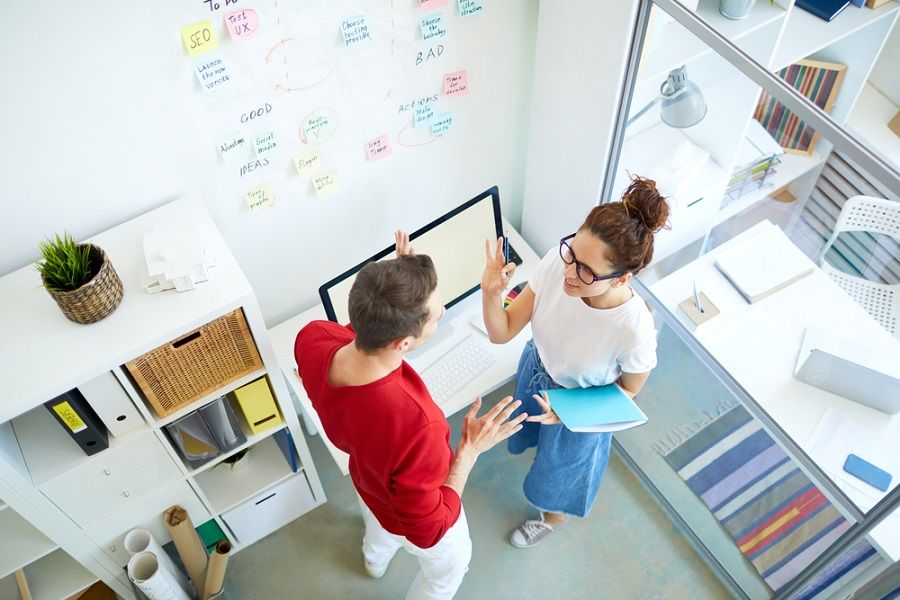 This course will teach you how to build persuasive surprises into your presentations, the kind of surprises that will change how your audience sees a particular situation or proposal and then gets them talking—in a good way. It will also identify several techniques you can use to start (and maintain) your own conversations.