The awakening of the immaterial [Thesis]

The dreamlike way of the Zápara of Upper Amazonia 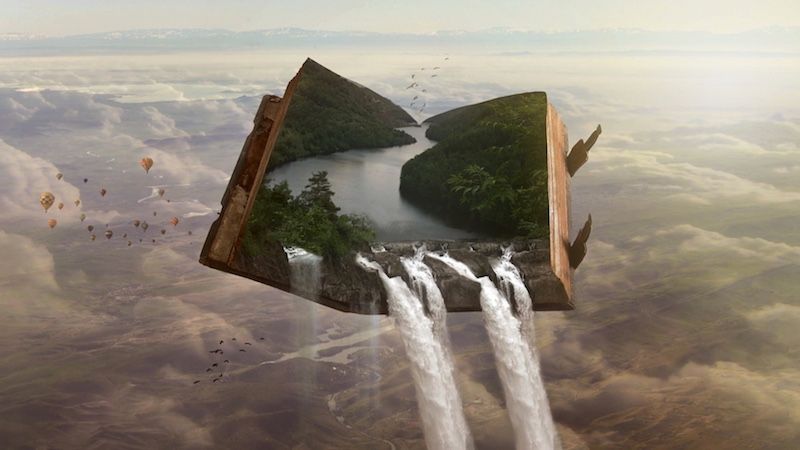 "We believe that dreams are made to be fulfilled. That's the problem with dreams: it's that they're made to be dreamed." Coluche

The night, which Western culture is tempted to illuminate to the point of sometimes autopsy, is that space of abandonment and dreaming. Our cultural conversation about dreaming is psychological or poetic: we analyze it or polish our mystery. With us, it's a rather intimate and personal affair.

Take time to observe what you dream about in general and what forms your dreams take. Have you noticed different dream periods in your life? What are the links with your territorial, social, family anchors? Do you have dreams that stand out, particular dreams, even dreams that inform you of messages?

From there, you can enter right into the surprise of meeting the Zápara Indians and their specific way of dreaming. In the acknowledgements, the thesis author, Anne-Gaël Bilhaut, thanks her contacts, political leaders Bartolo and Gloria Ushigua for their friendship and trust and writes:

"We continue to communicate by email, phone, and also by dreams."

Who are the Zápara and how did we hear about them?

Also called Sapara, they occupy a territory in Upper Amazonia (Ecuador and Peru), shrunken by conquests, rubber bosses, the 1941 war and exogenous economic interests. Their land is rich in coveted resources, especially oil.

In general, Amazon territories are subject to more or less legal pressures and are the terrain of struggles that cause great violence for the group (threat of cultural extinction) and for the activists (pressure, kidnappings, attempted murders and assassinations).

Their territory can be found (by searching for "Sapara") on this map of indigenous lands, not too far from the Achuar that Philippe Descola writes about in "The Spears of Twilight" and that accompany them in national and international delegations. Since 2001, the Zápara culture has been brought to the Masterpieces of the Oral and Intangible Heritage of Humanity.

The indigenous nations have banded together politically to make their rights heard in organizations. For decades, the children of shamans (as are Bartolo and Gloria Ushigua and many others) have studied our cultures to make their voices heard in our institutions and in our ways.

But the peoples of the Amazon also struggle in ways that are specific to them, creating or relying on less visible links. Thus, for the Zápara, the author relates:

"Having knowledge of my arrival, [Bartolo and Kiawka]were waiting for me. They told me later that they had dreamed me and that this dreamlike experience had worked in my favor, since we were discussing Zápara history, a field they want to promote."

The author has indeed sometimes been referred to as "history": "Ella es historia ", she is the'history. An important person who was told by Kiawka's ancestors and a Kichwa shaman from Napo that she should share her knowledge and that she would have everything to gain in this exchange of knowledge.

The thesis relates how this dream of identity produces knowledge, allows for the reconstruction of a tradition and intervention in international negotiations. And this is where we can go further in the encounter, whether we are touched by preservation of biodiversity and the Amazon forest, called by synchronicities, and/or to open up in ourselves a new capacity to dream...

There is, for the Zápara, a strong relationship between territory, identity and dreams, and knowledge, power. Dreams are found in the forest, inside the trees and inside the river. To reshape these spaces to exploit oil is to degrade the territory in a concrete way but also to "defile dream space" and attack their means of survival in the forest.

The territory can be dreamed from distant places if the paths have been opened:

"My guest noticed that every time he came to my home - this was the third time - he managed to dream directly about his territory and his people. Outside of Ecuador, he could only do this from his home in Badalona and from my home. We concluded that perhaps because Kiawka [his sister] has the habit of dreaming to here, visiting me at home in my dreams, myself sometimes still dreaming the Zápara, the dream path was marked out. "

"Dreaming is a way of relating to dream interlocutors, who belong to the world of the dead, the world of spirits and the world of the living who slumber. For those who have developed real qualities and skills in terms of dreaming, it allows a direct communication with the beings of the past. From this eminently subjective, private, and individual experience then arises a new collective memory."

How does dreaming (muskuy) bring knowledge thus power (yachay)? The research unfolds over three parts that explore this question:

How to be a good dreamer?

"When Bartolo narrated to me his difficulties in gathering his people to organize politically - which was not simple - he had to begin by urging them to dream again, or more exactly to foster its use again. For him, to renounce the dream is to renounce who they are, Zápara."

From the moment of conception, children are prepared to be strong and healthy, and also good dreamers by preparing the body of the dreamer. Parents make (different) diets and take specific herbs to impart particular qualities and surround themselves with the benevolence of favorable spirits by working on their scent.

In general, diet has an effect on the quality of the dream. Do not eat heavy or fatty game, tubers (as they are underground), or fruits (sweet). Sexual relations are excluded to prepare for the dream because they generate odors that keep away the auxiliary spirits.

The knowledge of the dream is in the body of the Zápara, who use tobacco (and other plants) to convey the intentions of humans and have clear and direct dreams. At night, with a quiet mind and in a suitable place (and if the pillow does not give good dreams, it is turned over), the dreamer smokes, concentrates and whispers what he or she wishes to dream and learn during the night...

"The Zápara declare that they have dreamed well when the dream offers a point of view on a given situation and shows or allows the solution. In this case, only if the dream vision corresponds to a favorable resolution will it be called good. Here it can be used to resolve a conflict or problem that arises within the indigenous organization, cure an illness, discover a territory, gain additional knowledge, or more simply find the answer to a specific question."

So, how were you born?

"Ali pagarini ":I was well born, well arrived at the dawn.

"To wake up is to set out to find the world." Alain (from Vigils of the Mind).

The thesis published in the collection "Anthropology of the Night" of the Society of'ethnology: http://www.societe-ethnologie.fr/collections-night.php