Script your course through debate-based pedagogy 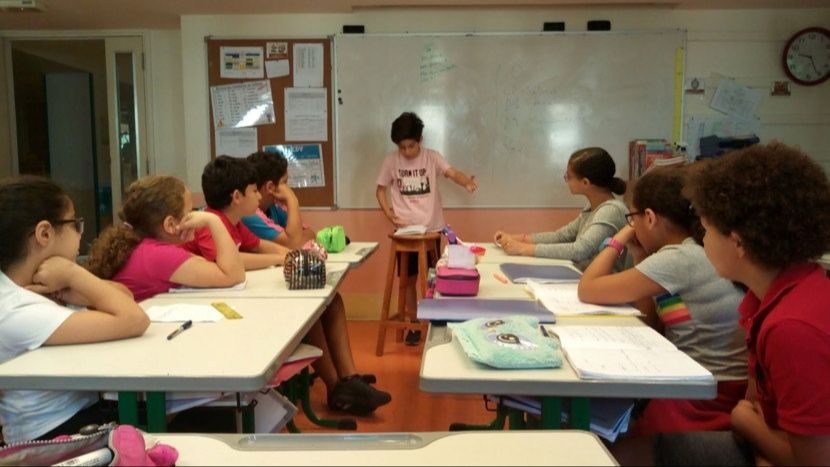 Whether it's the goal-oriented approach, the competency-based approach, or any other pedagogical approach, the goal is the same: how to better transmit knowledge and facilitate learning. In the context of a renaissance of public speaking, if we look at the public speaking societies or the emerging eloquence competitions, I had to present two lectures on pedagogy through debate-study, and to facilitate trainings for teachers to apply said approach.

These activities allowed me to deduce that the scripting-based approach can be summarized in five main points.

1-Scripting is synonymous with preparation

In the pedagogical framework, it is a matter of preparing one's lesson or course by identifying and organizing all the tools necessary to achieve the course objectives. In the context of the debate sequence, as an approach, it is necessary to properly circumscribe the target, define the motions and program the different phases of the lesson.

Well defining the target consists of taking stock of the skills of one's pupils or students. This allows one to know what types of motions are needed to achieve the lesson objectives and especially to adapt the motions to the learners' intellectual abilities.

Motion is the formulation of topics or lessons in such a way that they can generate adversarial debate. The motion, generally, is formulated as a statement, like an assertion. For example, in the French language framework, the lesson on past participle agreement might be phrased as follows: this convention thinks that past participle agreement with the auxiliary avoir should be banned.

Several motions must be formulated according to the objectives to be achieved. A sort of bank of motions is thus made. So, in the preparation, the objectives to be achieved must be defined as well as the realization of an evaluation sheet that takes into account the form (gesture, look, dress etc.) and the substance (structuring of arguments, understanding, originality of arguments etc.). If the preparation which is the first step can be done outside the school space, the second phase takes place in the classroom.

2-Initiation and incitement to public speaking

Pedagogy through the debate-lecture is above all a pedagogy based on transmission through public speaking. Therefore, whatever the field in which it is to be applied, the very first lesson or articulation must be about public speaking.

If you are a new teacher and have not yet mastered your learners' public speaking skills, it is appropriate to focus your first exercise on public speaking. Depending on the age of the learners, you can vary the wording of the exercise. In elementary school, the teacher can simply ask learners to stand up in front of their classmates and talk about their wishes, their families, their hobbies, etc. It is recommended that a video highlighting a good public performance be shown beforehand. It is important in this phase to let the learner choose his or her topic. He or she should be free in the said choice.

At the end of this phase, the teacher must establish the profile of each learner, with his or her strengths and weaknesses in order to be able to better distribute the teams when the time comes, i.e., balance the teams based on the learners' profiles. But before the allocation, the motion analysis should be addressed.

There are three types of motions: facts, laws, and values [1].

For a start, it is not mandatory to detail the nuances that exist between these types of motions. The motion before anything else is an affirmative or interrogative sentence. It is enough to break it down, identify the key words, understand them in order to better identify its meaning. This is simply an analysis of a topic. However, this phase should be geared toward debate by collectively working to identify arguments for and against.

The debate is based on a principle of contradiction, but in a pedagogical approach, it is important to make learners understand that contradiction far from being a limitation is a value that helps improve critical thinking. Therefore, for each motion presented, the learners must establish the arguments for and against themselves. The teacher is the facilitator who readjusts, if necessary, the proposals and guides them in the direction of the lesson's objectives. It is after this phase that the teams must be divided.

Pedagogy through debate-eloquence must opt for a specific debate format, among others, we have

The teacher can also create a format that fits the number of learners and the time allotted for each lesson. He or she can reduce the number of speakers to four, or two per team. Teams should be equitable in terms of skill. Less bright or less articulate students should be paired with those considered more articulate or alert. This approach enriches the teamwork during the preparation of the debate, which should be closely monitored by the teacher.

Once the teams have been established and the motion explained, a moment given to the teams to organize their different interventions, the debate can be launched depending on the number of students and the time allotted for a lesson, the amount of time each debater takes to speak can vary. It can be between 3 and 5 minutes, depending on the number of learners and their age.

During the debate, the teacher plays the role of moderator. He or she is the judge who can be assisted by other students to introduce them to peer evaluation. The teacher must also take sufficient notes in order not only to correct any untruths that might arise from the interventions, but above all to be able to give a briefing at the end of each debate. For, after each debate, the judge must evaluate each candidate and each team.

5-Evaluation and conclusion of the lesson

Even if the classroom is transformed into a debate hemicycle during the lesson, one must not lose sight of the fact that it is first and foremost a lesson and therefore, the teacher must be reassured that the debate has brought content and that the actors both passive and active have understood the workings of the lesson.

He or she must, at the end, summarize so that the learners are on the same level of information. This is where each speaker needs to know what their strengths and weaknesses were. It is also necessary to give the floor to those who were part of the audience in order to collect their points of view: this is not only a pedagogy through leisure, but also an active pedagogy or an oral pedagogy.

Pedagogy through debate-elicitation can be applied in several areas and it is effective if we go by the feedback of teachers who had to experience it. This is notably the case of the French language teachers of the Lend association in Italy, of Mrs. Rosa Maria Falà of the I.C. Giovanni Paolo II high school in Sicily, or of the officials of the French High School in Alexandria.

The approach is innovative and allows learners to develop the spirit of synthesis and criticism, to accept contradiction, to learn through leisure, to develop their public speaking skills etc. Nevertheless, it has its requirements. In case it is the first time that learners discover it, extra hours are needed at the beginning of classes to introduce them to this intellectual game, otherwise, from the first day, it can be applied. 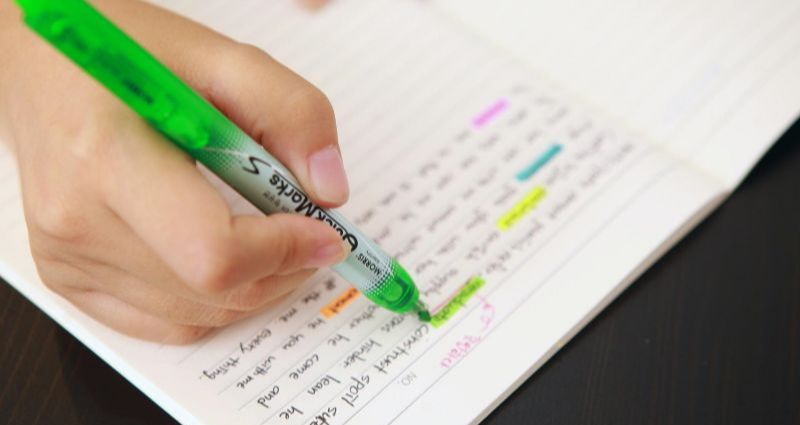 The benefits of note-taking for learning

From the first note-taking on paper to today's on-screen format, we still need to remember what we are learning in order to prevent our memory from failing us. And to do this, becoming a good note-taking scribe means putting the best omens on our side! 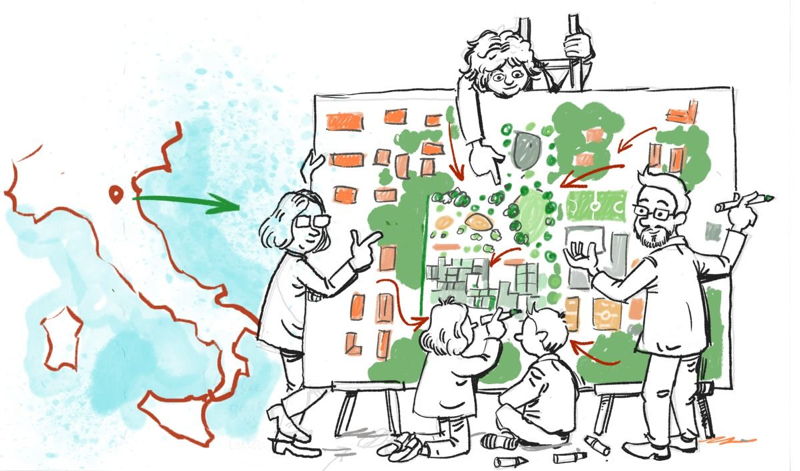 Shaking up the codes of school architecture

Long corridors, identical classrooms, high windows to avoid distractions... This is the classic representation that we keep of schools. Many actors, pedagogues but also architects, are shaking up these schemes and trying to make the spaces consistent with a more active pedagogy. Among these actors, Mario Cucinella proposes original solutions, flexible, modular and open to the environment. 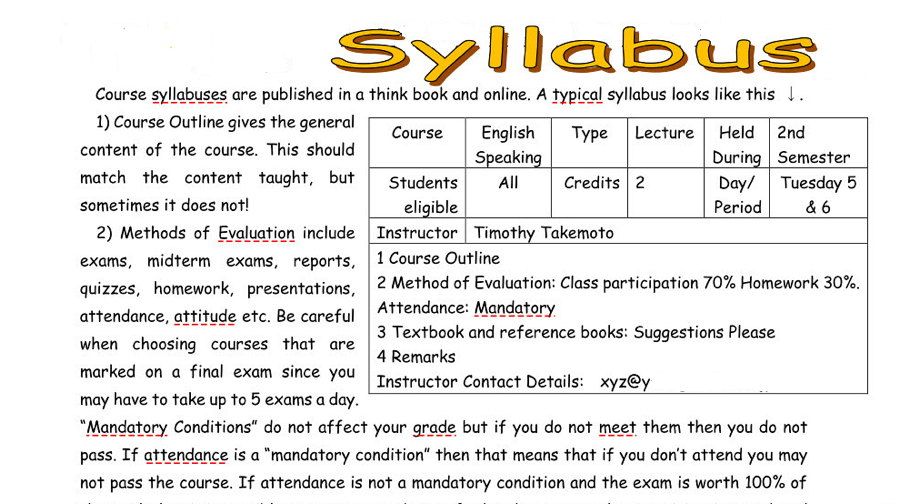 Presentation of the Syllabus to Students: Getting the Facts Right

Many teachers consider the syllabus as a static reference document. However, some teachers do not hesitate to modify it as needed, to better correspond to the reality of the field. There is nothing better than discussing it with the students. 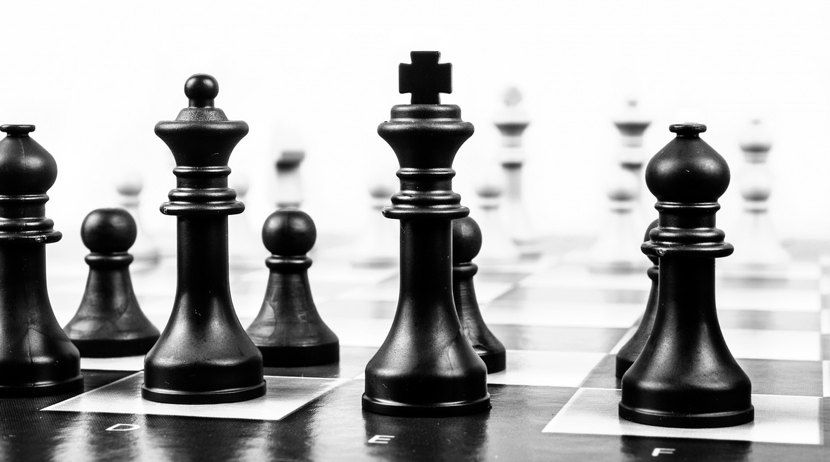 Which school for tomorrow?

Our era can be described as hyper-innovative coupled with a great deal of casualness. Not everyone is equally adept at seizing opportunities. This is the case with school and university structures; even as the custodian of the future of future generations, they are the last to move. 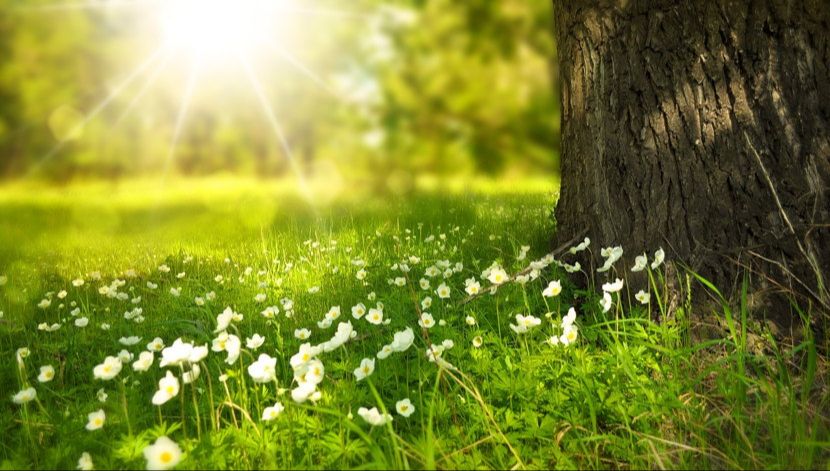 Nature, the common link that teaches us

Nature as a source of learning and psychological benefits, an inspiration to renew pedagogical models